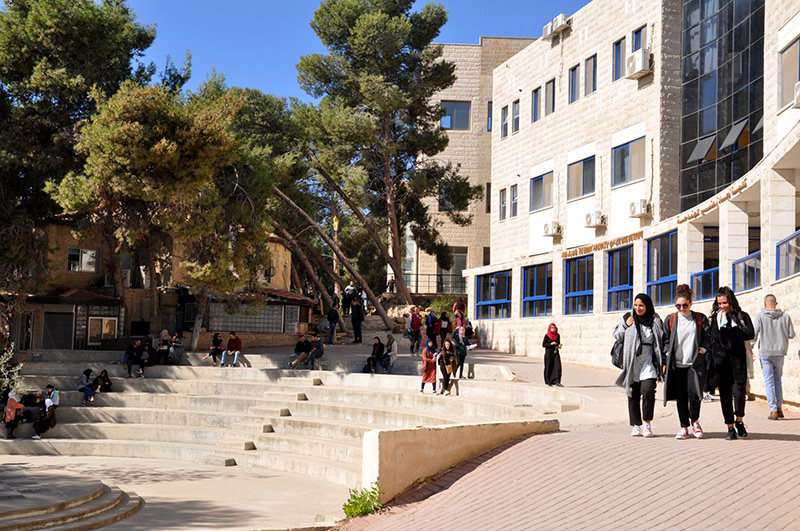 Journalist Mélissa Guillemette meets with Hussam Musleh, a Palestinian physicist visiting Quebec.
He must leave soon, however. Our reporter suggests that he visit the laboratory where he works in Gaza.
To prepare for his stay, she meets with Quebec researchers who have ties to the Palestinian Territories. But the news catches up with her...

" Je voudrais voir Hussam " was made possible thanks to a grant from the Fonds québécois en journalisme international. It is produced by Québec Science and recorded at Prim Studios in Montreal.

Podcast in 2 episodes.
Direction and research: Mélissa Guillemette
Editing, mixing and music: David Lavaysse
Editor in Chief: Marie Lambert-Chan
This podcast was made possible thanks to a grant from the Fonds québécois en journalisme international. 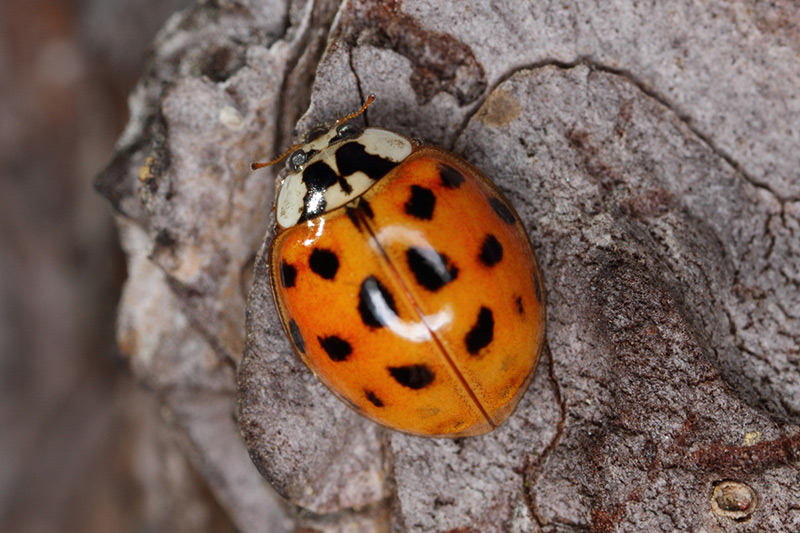 The investigators we've been following on this podcast are not tracking dangerous criminals. They want to know why a little ladybug from China invaded the world!
Podcast in 2 episodes.
Sound recording, sound design: David Lavaysse
Recording narrator: Daniel Capeille
Inquiry: Sylvain Lumbroso 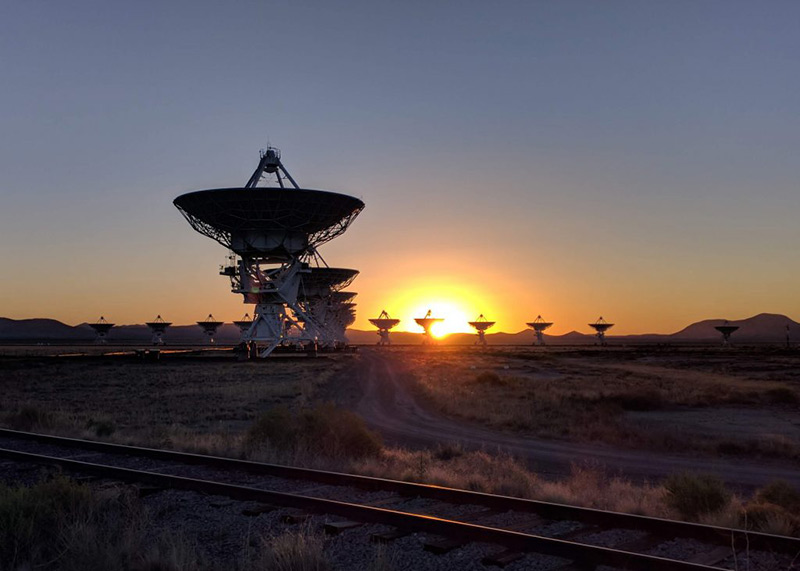 Canada played a key role in the discovery of exoplanets. However, this is not well known. A look back at a tumultuous history.

Discover how a group of historians tried to find the tomb of the founder of Montreal by using an archival fonds forgotten in Ottawa: that of Léo Leymarie.
~
Listen here ➔ quebecscience.qc.ca/balados/lenigme-maisonneuve/
~

This series of podcasts is a continuation of the historical investigation "Les racines mystiques de Montréal", from which it takes its opening theme. 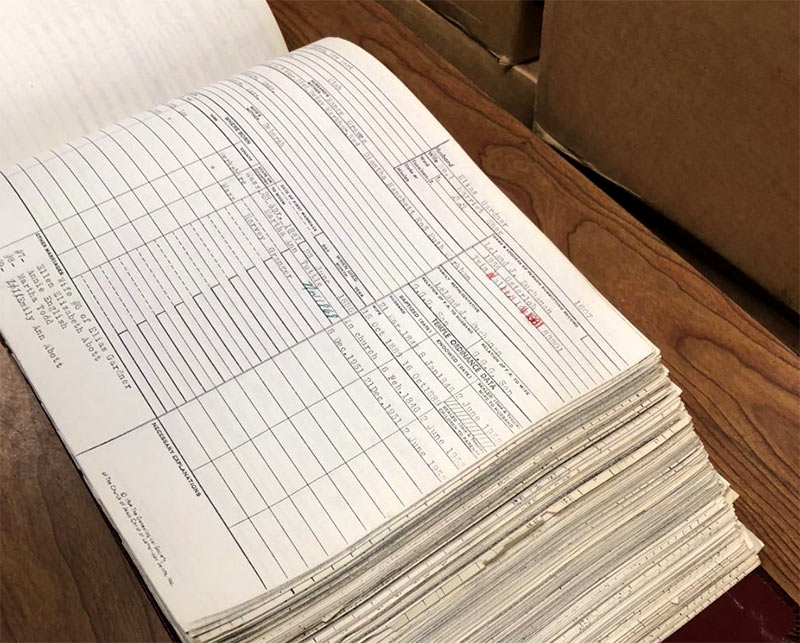 The disconcerting discovery of the breast cancer gene

In the 1970s, an American scientist realized that the genealogical data accumulated by the Mormons could accelerate breast cancer research. This bold intuition allowed him to make a major discovery in genetics. Sylvain Lumbroso met Mark Skolnick and visited the infrastructure he built in Utah. Travel back in time and across the continent to discover the backstage of the feat.
~
Listen here ➔ quebecscience.qc.ca/balados/la-troublante-decouverte-du-gene-du-cancer-du-sein/
~

To make the theme of this podcast I used a set of modular synthesizers, cello and various percussion instruments.

An talk between Marie Lambert-Chan and Sylvain Lumbroso. 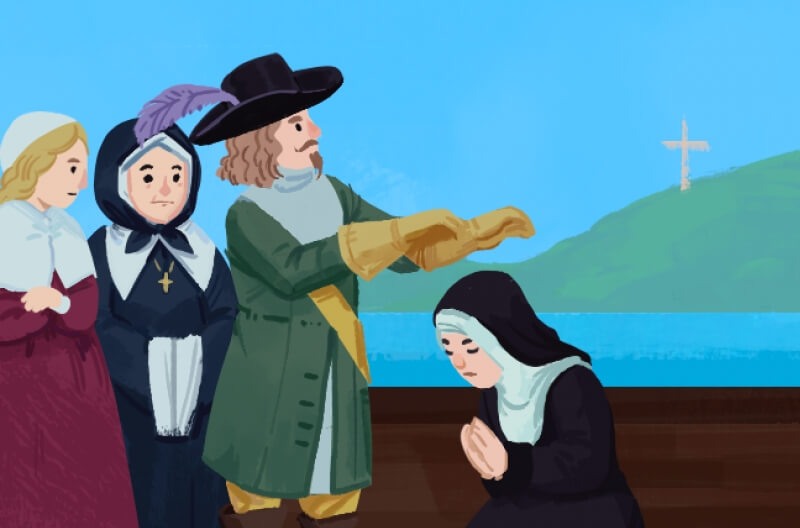 Historical audio documentary on the mystical roots of Montreal's genesis. Four episodes to meet the enigmatic historical figures behind the creation of the metropolis.
~
Listen here ➔ quebecscience.qc.ca/podcast/Les-racines-mystiques-de-Montreal
~
2017

For this series of podcasts whose action takes place during the Renaissance, I decided to use only instruments from the Baroque period: cello, classical guitar and various percussions.
The music for the trailer and closing credits is in the key of C minor (concluded by an E major).
On the length of the 4 episodes the note sequences on the background layers are variations around this tone.
These groundcloths are made with cello grips passed through a granular synthesis module to create evolutionary textures. 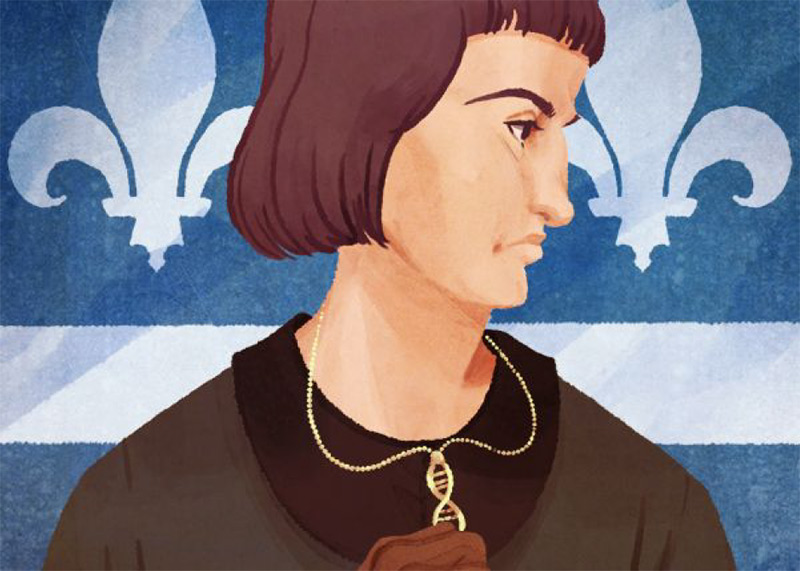 The pioneers who came from France in the 17th and 18th centuries did not only develop the province of Quebec? they also left their genes as a legacy. They are less than 10,000 men and women at the origin of a population of several million... Their genetic heritage has shaped part of the destiny of Quebecers by inscribing a "founding effect" in their cells.
~
➔ Episode 1 : la connaissance d'une population
➔ Episode 2 : l'histoire de l'implantation
➔ Episode 3 : la dérive génétique
➔ Episode 4 : la traque des maladies
➔ Episode 5 : les choix d'une société
➔ Episode 6 : l'héritage d'une planète
➔ Episode 8 : l'évolution humaine est-elle encore en marche ?

The sound design of this podcast series is made from acoustic instruments. The music for the credits is taken from the song' Vincent' which I composed for the Pélissols project. 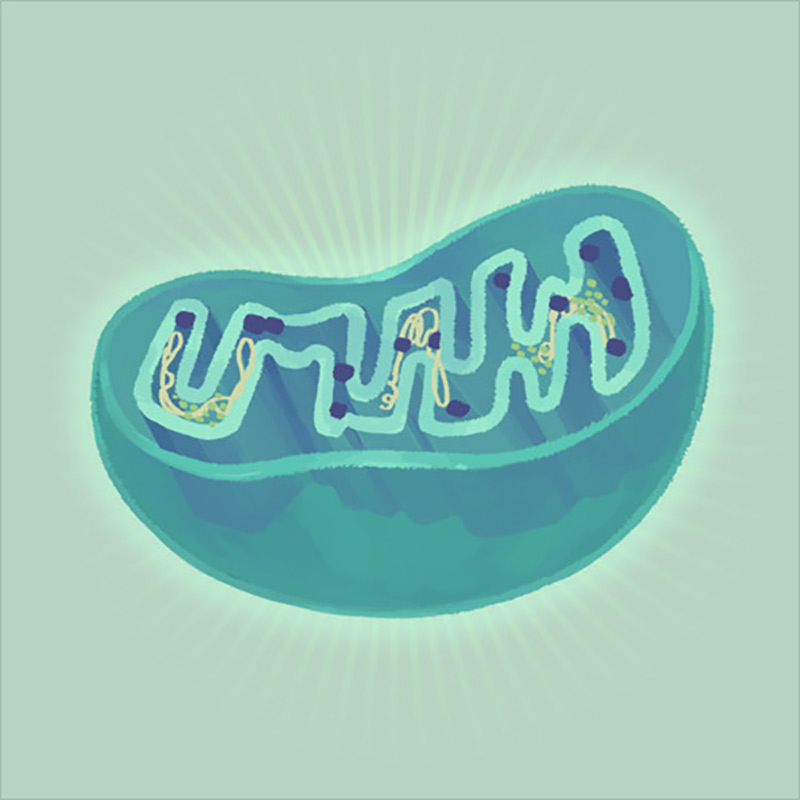 Hundreds of mitochondria are present in each of our cells. These organizations, which are often reduced to the role of energy power stations, are beginning to arouse the interest of researchers more and more. It may not be that limited: they would be involved in sensitive aspects such as our ageing, serious diseases and the evolution of species.
~
➔ Episode 1 : une transmission particulière
➔ Episode 2 : la traque des origines
➔ Episode 3 : coupable ou innocent ?
➔ Episode 4 : le dialogue dans le couple
~
2015

For the sound design of this series of podcasts I used sound recordings made at the genetic laboratories of the CNRS in Marseille and analog synthesizer processing. The music for the credits is taken from the song' Vincent' that I wrote for the Pélissols project.

Nature sometimes gives us very good examples. It must be said that this laboratory has been operating for over... 3 billion years. The evolutionary mechanism has thus allowed some fine solutions to emerge.
~
➔ François Barthelat
➔ Stéphane Viollet - Franck Ruffier
~
2015.

For the sound design of this series of podcasts I used sound recordings made at the genetic laboratories of the CNRS in Marseille and analog synthesizer processing. 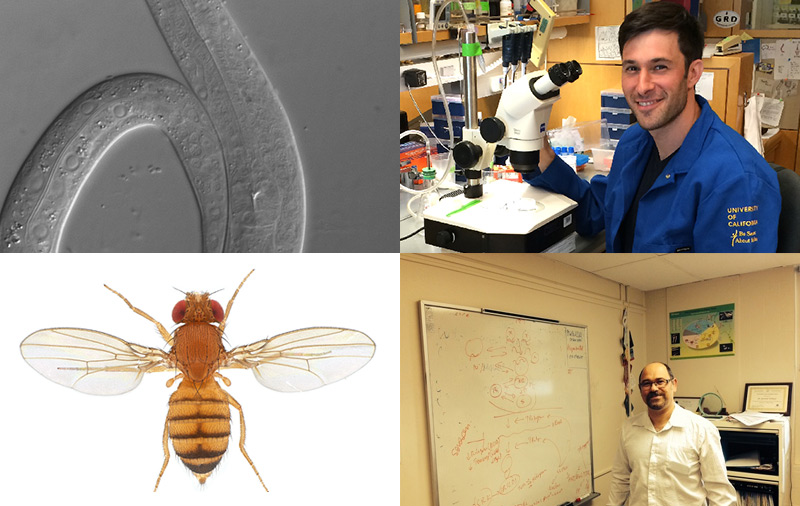 ➔ Hugo Aguilaniu
Hugo Aguilaniu is a researcher at the École Normale Supérieure de Lyon where he heads a group studying the genetics of aging. To do this, he works on the organism model C. elegans, a small transparent worm, barely 1 mm long.
➔ Antoine Roux
Since childhood, Antoine Roux has been passionate about life sciences. His interest in biology led him to pursue a thesis at the Université de Montréal on aging. For 5 years, Antoine studied the resistance to the time of yeast, a microscopic fungus. But also how glucose, the energy substrate regulated by insulin, can influence the longevity of these unicellular organisms.
➔ Éric Le Bourg
Eric Le Bourg is passionate about the passing of time. Fortunately, he has been studying ageing in Drosophila since 1979. A career dedicated to developing experiments on this fly to observe the consequences of several moderate stresses: temperature, hyper-gravity...
➔ Gérardo Ferbeyre
Gerardo Ferbeyre is an associate professor in the Department of Biochemistry and Molecular Medicine at the Université de Montréal. After having studied for a long time the mechanisms of protection of normal cells against cancer, the doctor is now interested in cellular senescence, more commonly called "aging".
~
2014.

For the sound design of this series of podcasts I used sound recordings made at the genetic laboratories of the CNRS in Marseille and analog synthesizer processing.

Québec Science is a Quebec scientific magazine for the general public founded in 1962. Eight paper issues are published each year.